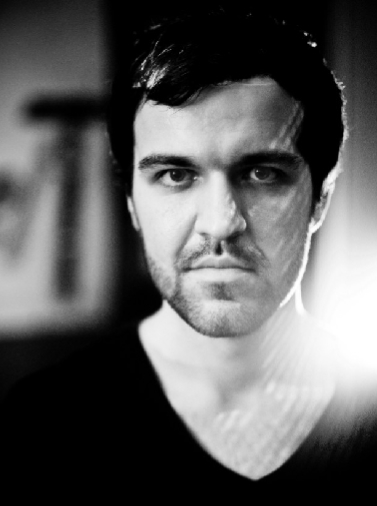 Tobias Purfürst, is a music producer and sound artist living and working in Berlin. A Classically trained pianist for more then 10 years, but also has a keen interest in a wide range of creative processes. He firstly started studying architecture at UdK in Berlin. After an exchange year in Iceland, including an internship at Greenhouse Music Studios (Valgeir Siruðsson), he began to focus on sound design, experimental and film music composition.

A former member of Lem-studios, he contributed sound designs for several commercial productions, including the Urban Planet Pavilion (EXPO Shanghai 2010, TRIAD).  In 2011 he studied at the department ‘Kunst und Medien’ (UdK) in the class for computational arts (Prof. Alberto de Campo), mainly working on generative sound installations and performances. During his time at UdK, his pieces were exhibited in several group exhibitions and festivals, namely:  Ars Electronica (2012); EMAF (2013); Transmediale(2013); Addicted to Random Festival, Halle (2013), amongst others.

In 2015, Purfürst graduated as Meisterschüler and has since been working as a freelancer for agencies, sessional lecturer and collaborator with various artist, alongside expanding his own artistic expertise and career.
In addition, he has participated in several collaborations, his abstract solo work led him to perform at the Crescendo Music Festival, Berlin; next_generation 4.0 festival, ZKM (Karlsruhe) and other various sound venues for experimental music in Berlin, such as KunstWerke, Feed, LEAP and ZKU.